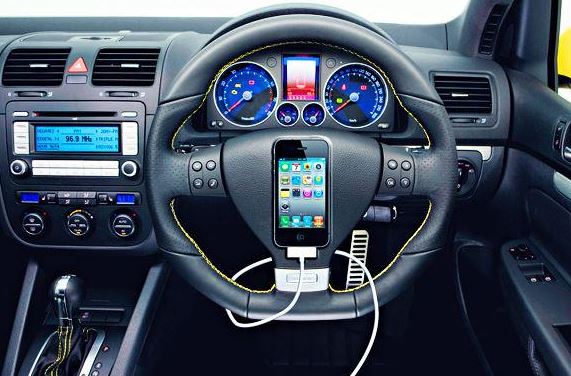 With so many different gadgets and tech available for cars these days, we really are spoilt for choice. Of course there are the usual gadgets like CD players and electric windows, but then there are some of the more luxurious gadgets found in prestige cars like cruise control and climate control. The gadgets seem endless, with useful features like Bluetooth, Infotainment systems and dashcams being added to cars all the time.

Some notable cars who perform well in the gadget category are BMW and Bentley. BMW has a fantastic infotainment system (iDrive) which keeps track of all the car’s important functions via a central dial and a few buttons. It allows you to concentrate on the road whilst easily controlling entertainment, information, communication and navigation.
The Bentley Mulsanne is a truly luxurious car which has every gadget you could need at your disposal. This includes electronic adjustment of pretty much everything in the car, along with four-zone climate control, sat-nav, stereo system, cruise control and a side view camera.

You can even get loads of apps on your smartphone which can help you enhance your driving experience. This includes everything from monitoring your fuel consumption and gas prices, to finding points of interest and detecting traffic jams.

So, we asked some members of the #MotorHappy and #BlackburnHour conversations on Twitter, what their favourite car gadgets were. We also asked if they could have any one of them, which one it would be, whether it was a real gadget or a fantasy one!

@John_Prater said Bluetooth or a DashCam would be handy. Bluetooth is a fantastic gadget that was initially used as a way for people to chat on their phone hands-free. Now people can use it to play their music and connect infotainment systems to apps on their phone. Dashcams have also become incredibly popular recently, and are a great way to monitor your driving, keep an eye out for thieves, and record any footage of accidents for insurance purposes.

@BlackburnHours wanted a driver. This would be great so that you could have someone to chauffer you to and from work, or even pick you up after a night out. Much better than expensive taxis.

@pbfurnitureltd suggested an on-the-go bottle machine for feeding kids on the go. Really useful for taking some of the stress out of parenting!

One of our favourite suggestions came from @fragrance2door who wants a self-driving car. Many large companies are now taking part in the race to be the first to create the first driverless car, with some people thinking that we could start seeing usable self-driving cars as early as 2016. A couple of self-driving cars have even been spotted during test drives. 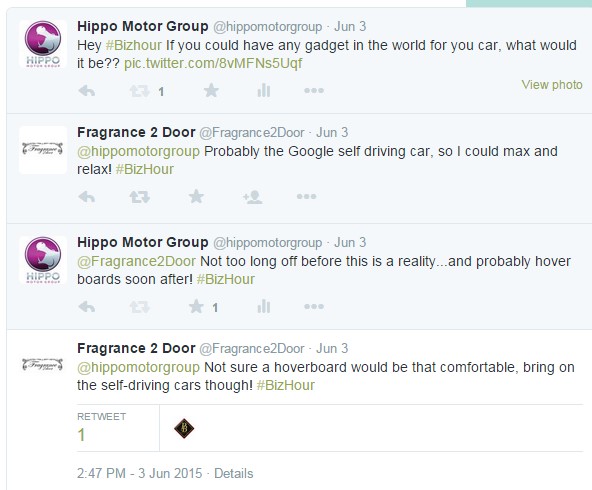 Finally, our own personal favourite for a car gadget would be a hot tub in the back! It may not be entirely practical, but it would be great fun at parties and taking a dip whilst someone else drives. We even found a picture of a Mini Cooper which built in its very own Jacuzzi.

Although you may not be able to get yourself a driverless car, or one with a hot tub, you can always look instead at getting yourself the best deal on a new car with car finance. Don’t worry about your credit situation either, as we can help everyone regardless of their credit history, so getting car finance with bad credit is still an option.