Aston Martin has announced the launch of its first electric car to go on sale in 2019. The Aston Martin RapidE will be an all-electric version of their four-door Rapide and is Aston’s contribution to a sustainable future both for the company and the world.

Aston Martin’s CEO, Dr Andy Palmer said at the announcement: “The internal combustion engine has been at the heart of Aston Martin for more than a century and will continue to be for years to come… [The] RapidE will showcase Aston Martin’s vision, desire and capability to successfully embrace radical change, delivering a new breed of car that stays true to our ethos and delights our customers.”

Aston Martin is designing this car to be rare. They are only creating 155 of the RapidE, which is a third of the original plan announced in 2015, but will help ensure that this car becomes a classic quickly. 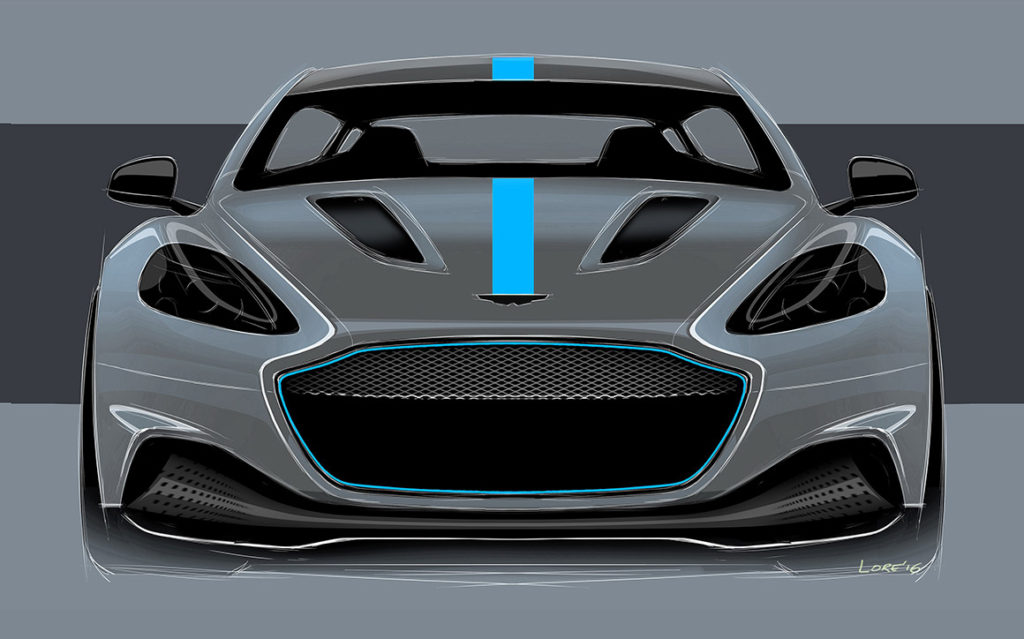 The electric power of the RapidE

Aston Martin previewed concepts of the RapidE, which was predicted to produce close to 1000 bhp, making it one of the most powerful Aston Martins ever produced, when the prototype was built in 2015. The 2019 model is expected to have the same performance to match a 5.9-litre V12 engine, producing 470 bhp that is currently in the Rapide S.

The batteries for these cars will be built by the consortium, funded by the British government and led by the Williams Advanced Engineering, the F1 team’s technical division. Williams is part of the team that built the original RapidE prototype that was unveiled in 2015.

The car itself is based on the forthcoming Rapide AMR (Aston Martin Racing) concept to deliver a four-door sports car. There will be more information released about the RapidE model and specifications in the coming months. With orders already being taken with a 10% deposit required.

Moving into the electric era

Following the RapidE, Aston Martin is focusing on bringing an all-electric version of their DBW crossover SUV once it has been launched in 2019. This could be the start of a new electric fleet of Aston Martins in parallel with the fuel-powered models that are known and loved.

This is all possible because of the recent success Aston have had with their flagship sports car, the DB11. This is the car that was based on the DB10 prototype, developed for the James Bond film, Spectre in 2015 to huge acclaim.

This meant that when the new DB11 coupe was launched last year, it was welcomed with plenty of drivers ready to line up and purchase one.

If you are interested in getting an Aston Martin or any other type of the car, we can help you get the car finance you require. Hippo Motor Finance is in a unique position to offer you both a car and finance deal in one hassle-free package. No more choosing a car then hunting around different businesses for car finance. We offer it as one combined package. Check us out today and enquire to discover what you can afford.