I’ve been bankrupt before, can I get car finance? 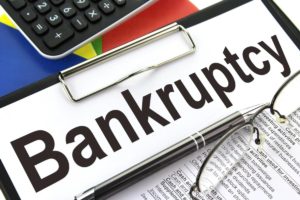 Bankruptcy can be devastating on a personal and family basis but is also devastating to your credit status for obvious reasons. People experience bankruptcy for all sorts of reasons, some of which may not even be their fault if they were unlucky enough to have a bad business partner or even were unable to trade or work for some period due to events outside their control.

The law offers the option of declaring oneself bankrupt to shield those unfortunate enough to have to deal with ongoing and serious repercussions, essentially their creditors cannot hound them, but in return, their assets are seized and distributed to their creditors. The truth is that being recently bankrupt has a major effect on your credit score and the black mark associated can live on your file for a considerable time.

How long does bankruptcy affect your credit score for?

The time limit for bankruptcy on your credit report is often not understood. Most people think that it’s defined to last for six years, which in most cases is true, but not always.

However, some mortgage lenders will ask if you have ever been bankrupt, so your bankruptcy could affect your creditworthiness forever. If your bankruptcy is never discharged, it can remain on your credit report indefinitely. It’s worth mentioning that a DRO (Debt Relief Order) will also affect your credit rating for six years where a DRO is applied to those who have a debt of less than £20k and don’t have a regular income or a home they own.

Can you get car finance after being bankrupt?

Enough of the doom and gloom though – Can you get car finance after being bankrupt?  The good news is that there is a possibility of being accepted for car finance on your chosen car. This is done through a finance agreement which allows the possibility of car finance and car lease for bankrupts. Hippo Motor Finance has a panel of 14 proven lenders. These lenders run from the prime credit lenders right the way through to specialist lenders, some of which will consider those that have a bankruptcy mark on their credit file.

We won’t sugar coat it. You are likely to have to pay a deposit on the vehicle and it’s likely to be higher than someone with a good credit history. Due to the way APRs work, the APR (Annual Percentage Rate) is also almost certainly going to be higher in order to reflect that fact that lenders will consider you a greater risk than their average lender.

Car finance providers, like some of the ones Hippo Motor Finance work with, provide finance for those with very poor credit, which means that despite your bankruptcy, there is a possibility that you will be accepted for car finance.

Some lenders impose stricter rules surrounding monthly repayments for those who have been bankrupt so if you miss a payment, you are more likely to get less leeway than those without the mark on their credit file and some lenders will stipulate that the vehicle must be fitted with a “black box” which is a device that can be used to disable the vehicle if you miss a payment.

Some lenders also make provision for early repayment and redemption fees. This may seem strange on the surface, why would they penalise you for paying off the car early? The reasoning, for some lenders, is that you were a higher risk whilst paying off the car so they need to reflect this in the event that you cleared the debt early as they will not benefit from the interest over the balance of the loan. These charges can equal up to as much as two month’s interest and the sooner the finance is paid off, the higher the fee can be. This is down to the interest components the lender will attach onto your finance and can considerably increase the cost of your finance agreement.

As has been previously mentioned, a poor or bad credit score doesn’t have to prevent you from financing and driving away with a car, especially thanks to our bad credit car finance offering. It has become easier to finance cars with bad credit thanks to lenders understanding that most people require a car and despite their bad credit score, can afford to pay for one. They often have their own independent underwriting teams that look at all the factors and manually underwrite your loan.

The reality is that a bad credit score implies you are a higher risk than someone with a good credit score. With a good credit score, you have proven to be organised and on top of your finances. However, if you can prove that you can make the monthly repayments, then you are more likely to be accepted. This means that you might need to provide extra paperwork when applying.

If you know your budget and the type of car you are looking for, with us and we will find you the right deal to suit your circumstances. Unlike most providers, Hippo Motor Finance offers you a car and finance deal in one hassle-free package so even if getting finance when bankrupt is not completely simple, we try and make it as easy as possible at Hippo. Apply for car finance today.